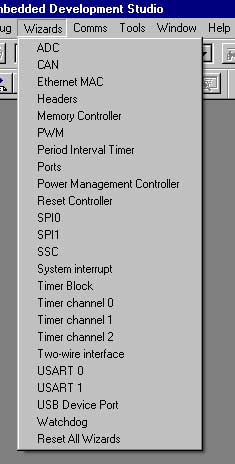 The Crossware Code Creation Wizards simplify and accelerate the creation of C source code for the on-chip peripherals of an ARM variant.

Take a look at the ARM tutorial videos to see both types of Wizards in action.

Graphical Code Creation Wizards are opened using the Wizards item on the the main menu bar. The image on the left shows the Wizards menu for the Atmel AT91SAM7X256 variant.

Except for the Headers item and the Reset All Wizards item all of the these Wizards are specific to the ARM variant that has been selected for the project.

Context menu Code Creation Wizards are opened by clicking on a source code view with the right mouse button. The context menu is displayed typically as shown below. Again this example is for the Atmel AT91SAM7X256 variant. 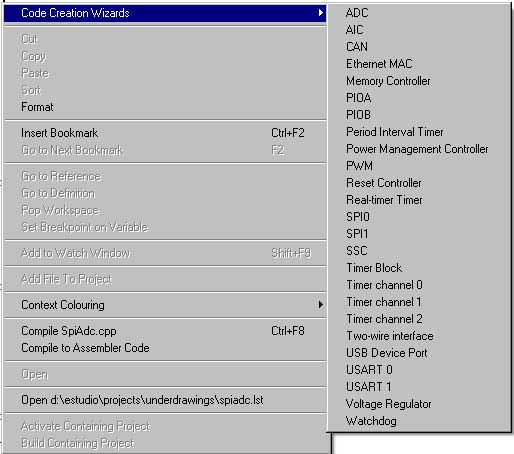