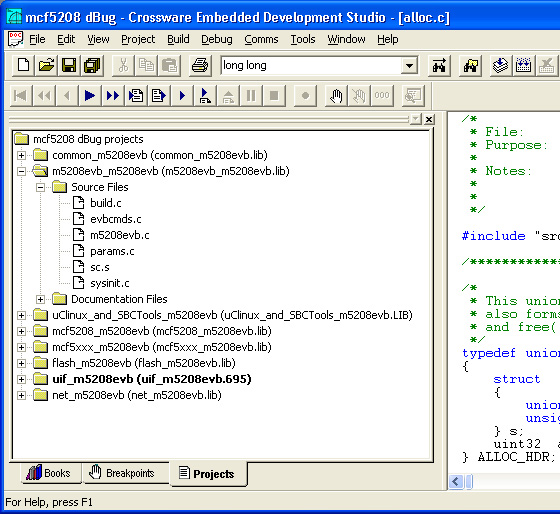 The MCF5208 is a high speed microprocessor based on the V2 ColdFire Core. It includes a wide range of connectivity peripherals, an integrated DDR SDRAM memory controller and an enhanced multiply and accumulate unit (eMAC). Distributed clocking allows the on-chip modules to be separately enabled and disabled which, in conjunction with a low power clock divider, makes a low power implementation particularly practical.

Many developers wish to use Freescale’s dBug ROM monitor software as a starting point for their own application. This is particularly easy with the lastest Crossware release because a new utility allows the complete dBug source tree and build settings to be imported, in a matter of seconds, into the Crossware graphical development environment. Developers can complete a build and download cycle within minutes of unzipping the Freescale files. Additionally Crossware’s FireFly USB BDM (background debug mode) interface allows rapid download of the firmware into flash.